Our Annual Potluck and Award Event.

Once again a great time was had by all for our PotLuck.

There was no shortage of food or drink and it was a well attended event for everyone. 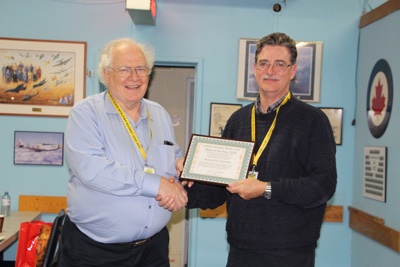 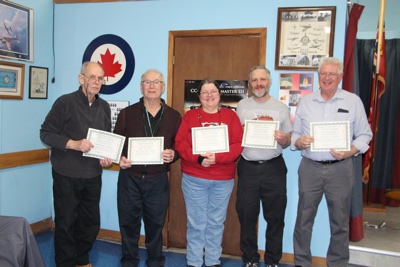 Awards of Recognition to club members for the year 2018

From Left to Right:

John Pederson, VE3MGR for all his exception work on the Tower and Antenna project.

Ansil Rock, VE3HDR for his advise and climbing the tower during installation of the Beam Antenna.

Ruth Dahl, VE3RBO for her exceptional efforts in organizing the HamFest.

John Visser jr VE3MSV for his efforts to implement APRS for the MS Bike Tour.

John Visser Sr VE3FDV for his advise and climbing the tower during installation of the Beam Antenna.