The London Amateur Radio Club ( LARC) were fortunate enough to have a Ham donate to the club a Clipperton-L linear amplifier. The unit had been in strorage for a significant amount of time, therefore the unit is to be inspected and some of the popular modification may be done as time permits. The unit will then be used for specific contest as part ofthe club station. Below is a log of the procedures and pictures done by the Kit Building group to make this Amplifier in 100% operational shape. 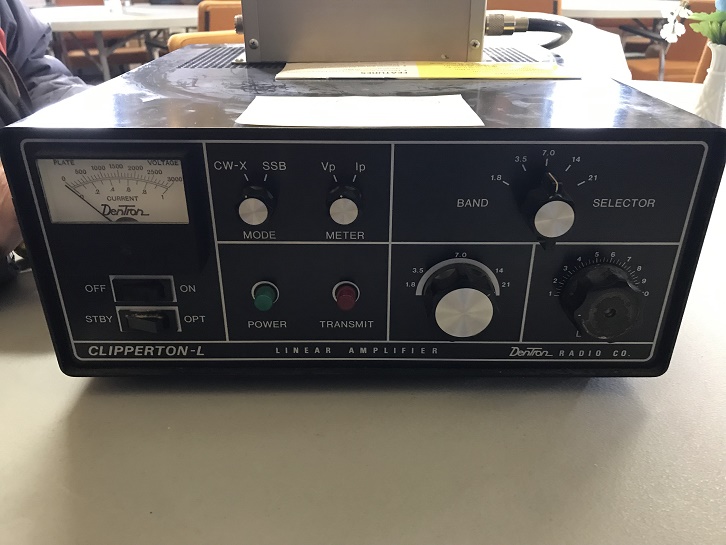 January 19th, 2019.  LARC has a kitbuilding group who meet at our Club station on Saturday mornings. The amplifier was taken out and opened up for initial inspection. 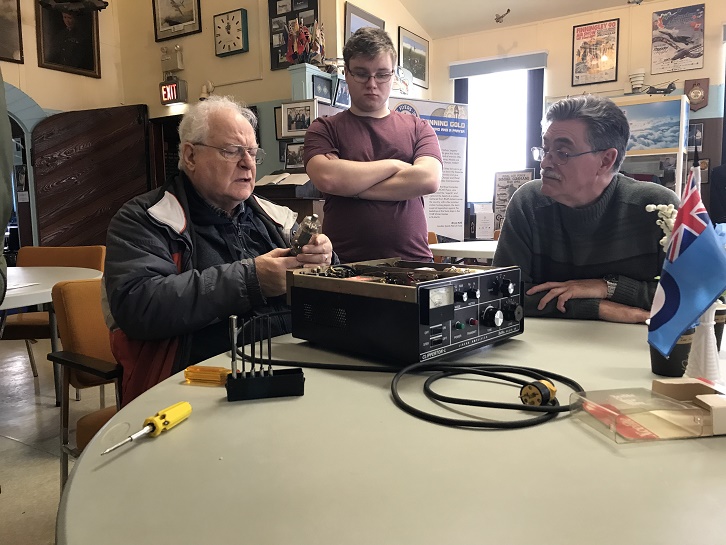 We wish to thank Bill McHugh, VE3NH for providing these pages as reference information. Bill's pages were the definitive reference for the Clipperton-L  Amplifier until they disappeared from the Internet. Billy has been kind enough to provide the origionial pages to us to post and gain from his knowledge.

This modifcation is well worth doing, here is the reference document.

The stock Dentron Clipperton L linear is a great little amplifier....but NOT on 160 meters as it comes from the factory. There are several reasons for this and this page looks at the deficiencies in the stock amplifier as well as the modifications which will turn it into a very good performer on topband. Documentation is here.

In short, design flaws! This amp was designed using a similar layout and similar components in the output stage to several other Dentron products. When I first obtained mine, I found that it worked well on 80 through 20 meters (I am not inclined to use an amp on 15 or 10 meters very often). Running at 1800V DC in the CW position at 750 ma, with any kind of efficiency the power output should be about 750 watts or more. On the higher bands, this was obtainable. However, output on 160 meters was quite low (500-550 watts), plate current tended to be high for this output level (over 750 ma), and the output began to drop after the key was down for just a few seconds. Apart from these problems, the amp worked well and seemed the perfect candidate for modifications.

I presented this problem to readers of the Topband Reflector and quickly received information from a number of sources, Carl, KM1H and Tom, W8JI being two of them. Both suggested that the problem was being caused by the doorknob caps-these are used as coupling and loading in the Pi output circuit. These caps are not NPO types (which have very low drift) and as they heat up with RF the capacitance changes, causing the output to drop.

Adding that doorknob cap in the Pi output enabled me to obtain a little more power output, but not enough. The whole Pi network seemed out of whack on 160 meters...power output peak at maximum plate capacitance and maximum load capacitance. According to W8JI, all Dentron amps had essentially the same problem, which stemmed from attempting to employ ONE plate tank circuit in ALL their amplifiers no matter what the physical configuration.

In the case of the Clipperton L, the output components are too close to the top cover. Good engineering practice dictates that the distance between the coil and any metallic material be at least half the diameter of the coil. In the Clipperton L this distance is about 1/4 the diameter of the coil or less! Proof of this comes by operating the amp with the cover off
(CAREFUL!) Output rises about 80 watts for the same plate current with the cover off.

SOLUTION: You can cut out a section of the top cover 6" square immediately above the plate coil. Obtain a piece of 3/16" fiberglass sheet and replace the removed section of aluminum.

After doing this, power output was about 640 watts for 750 ma plate current...still not good. I noticed that the plate tuning cap was at full capacitance at 1825. I could not obtain a real peak in output below about 1840 and even then the plate current still seemed high.

SOLUTION: I added 5 turns on the end of the 160 meter tank coil closest to the panel. I also added another 100 pf HEC N750 doorknob cap to the plate tuning in parallel with C-11 and C-12. After doing these modifications, plate tuning at resonance was considerably less than maximum at 1825 and somewhat less than maximum at 1800. There was no change on 80 or 40 meters. Power output was up to 825 watts with plate current at about 775 ma-an efficiency of almost 60%. There was no sign of instability or power drift.

Now, the 572 tubes can easily work at 250 ma each...I'm not inclined to drive mine any more than about 175-200 ma per tube . In CW position this would be an input of 1440 watts and at 60% efficiency an output of about 865 watts. This is a bit less than 3 Db down from full legal output power in the USA or about ½ S-unit. You can make up the difference with a good antenna and superior operating technique!

I added another 1000 pf doorknob plate blocking cap in parallel with C-9. Several sources suggested that the original value was too low.

Carl, KM1H suggests changing the plate choke to a B&W #802 to avoid blown parasitic suppressors on 15 and 10 meters. He also suggests adding a .01 disc ceramic cap to the B+ end of the choke (do this even if you don't change the choke).

I removed the resistor in series with the fan to improve the cooling but found the noise too high. The final solution was to add a small 12V relay to short out the dropping resistor on TX-you can use a plastic case unit, parallel the contacts and epoxy it to the chassis.

KM1H, AG6K and others have suggested improving the protection of all amps, by including in the B+ lead BEFORE the choke, a 10 ohm 20 watt wire-wound resistor. In addition to helping suppress parasitics, IF the "big boom" occurs, the resistor will blow before your expensive tubes!

So that's it! I use my Clipperton L primarily on the four lower bands but have, on occasion, used it on 15 and 10 meters. I have not found any adverse effects of the modifications on operation on the higher bands (but then I limit my power to about 400 watts or so). I know that my amp is a much better performer on 160 meters now and look forward to many more years of faithful service. By not pushing the 572Bs too hard this should be entirely possible.