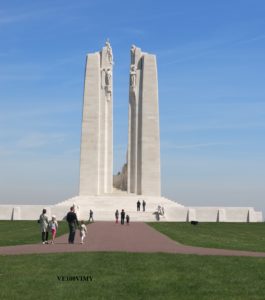 The VE100VIMY Canadian operations are intended to extend the commemoration of the 100th anniversary of the Battle of Vimy Ridge April 9, 1917 to as many Canadian Operators as possible prior to the VE100VIMY operations from the Canadian monument park at Vimy Ridge April 1 through April 9, 2017. Operations will start January 1, 2017 (UTC) and end March 30, 2017 (UTC) and provide one week of operation for every Province and Territory in Canada in accordance with the schedule below.

LARC operated for 3 days for the VE3 region from 0000Z January 17 to 2359Z January 19.  I significant number of contacts were made on several modes.

All contacts have be logged in electronic format and forwarded to the organizer.

More information can be viewed at http://ve100vimy.ca/