A great time was had by all at the annual Pot Luck Dinner.

There was a great turn out for the event this year, even though we had bad weather warnings in effect.

A huge amount of food was consumed and not a person went home hungry.

Thanks goes to everyone for making it a sucess. 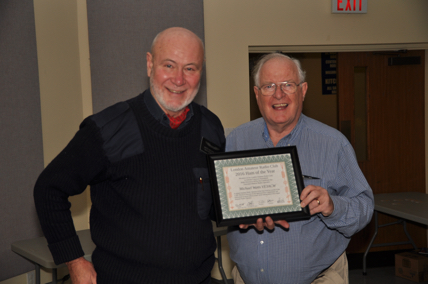 Mike Watts, VE3ACW  being presented with Ham of The Year Award by President Dave McCarter, VE3GSO. 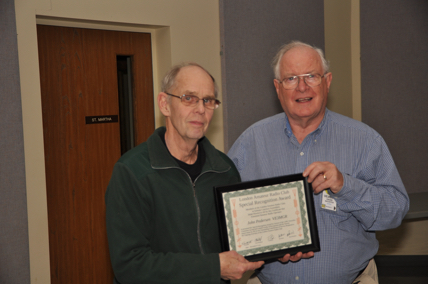 John Pedersen, VE3MGR  being presented with the Award of Special Recognition by President Dave McCarter, VE3GSO.

Thank you John for all you contribute to Amateur Radio and your mentoring to LARC Members within the region. 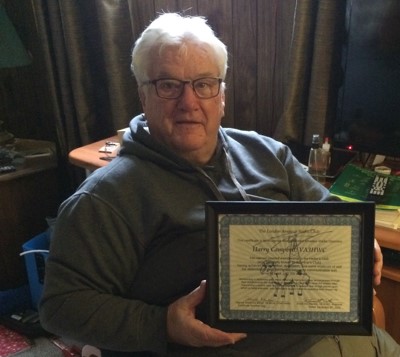 Harry Campbell, VA3HWC, has earned coveted membership in the Heifer's Club (also informally known as the HFer's Club) having achieved through effort, dedication, and some modicum of skill the distinction of establishing two way radio communication with at least 140 DX entities.