We had a Fox Hunt

LARC ran a fox hunt on Sunday November 29, meeting at 13:30 est at the Secrets of Radar Museum.

Photos from Mike Watts and Corbin Lippert, who found the fox, Dave McCarter, in an even 33 minutes.  Dave was tucked in tight to St. Jude Seperate School on Viscount Rd.  They earned a fine framed certificate, see below.  About two hours later the other teams had cried "Uncle" and we all met at Tim's for a few laughs and to learn how close they had been.  We'll be running another Fox Hunt in the spring. 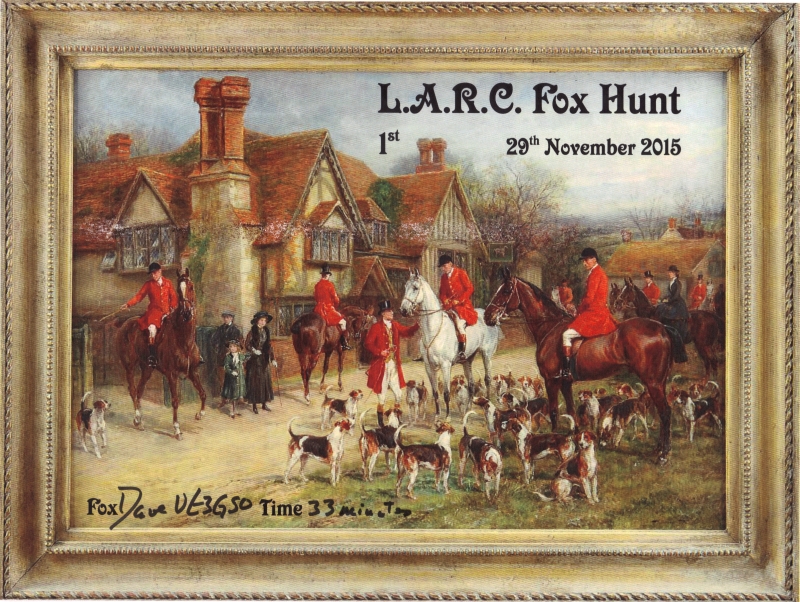 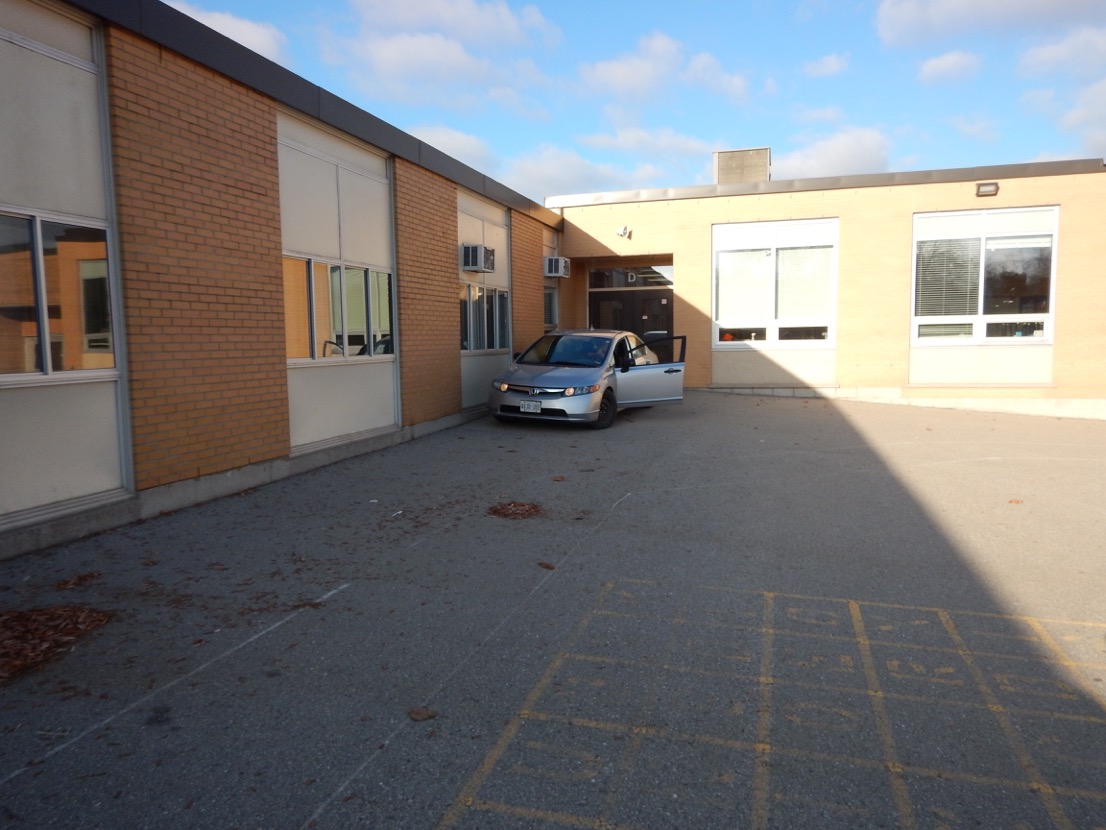 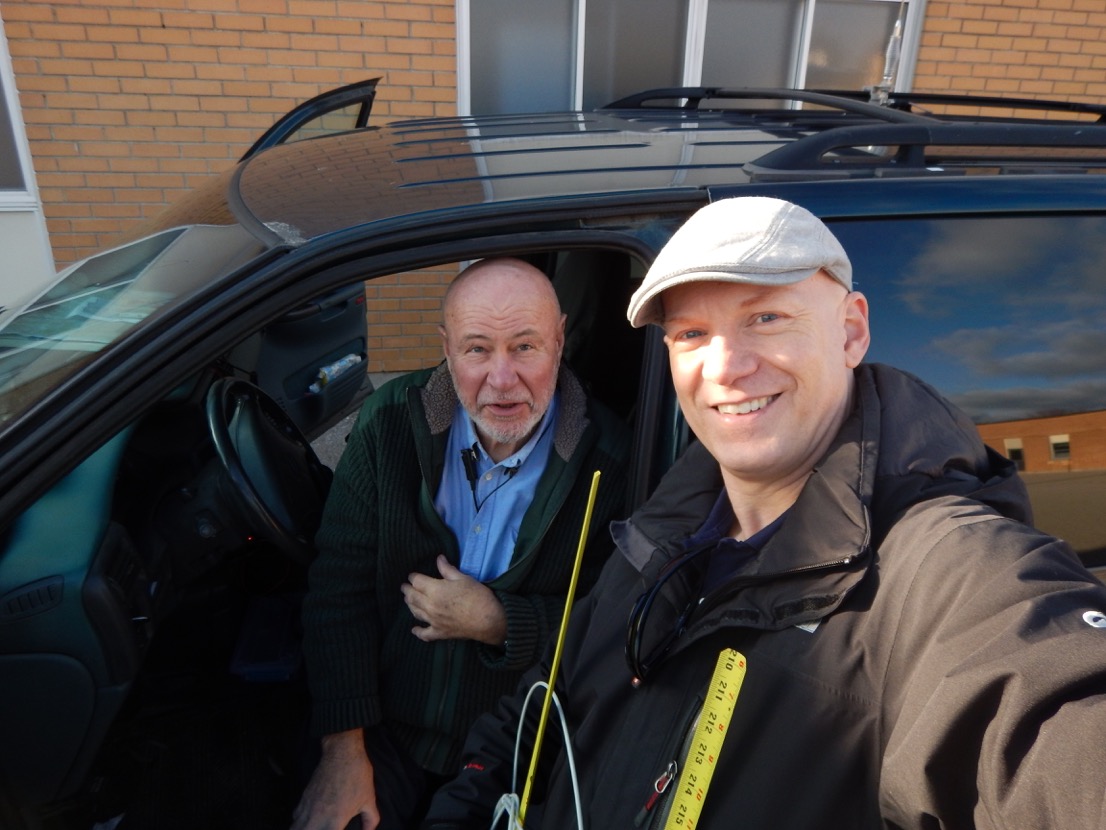 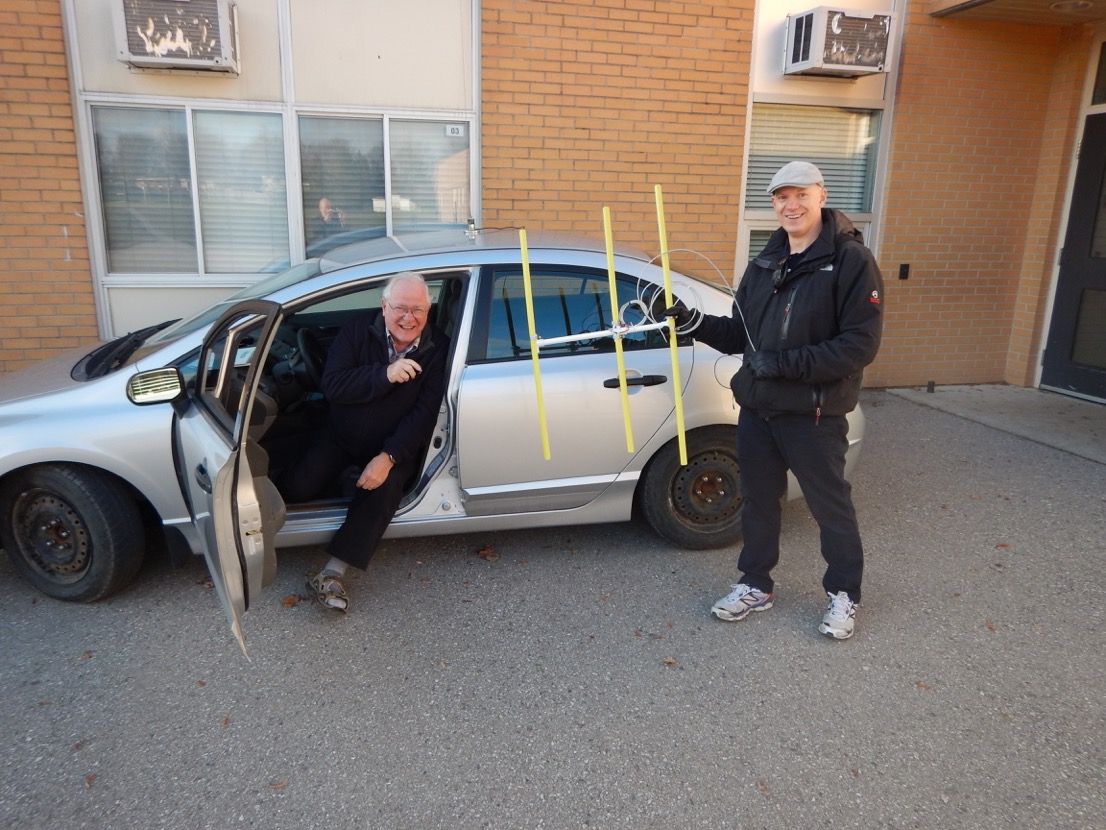 This photo was taken at the Museum before the Hunt began, and Brian was showing off his hockey stick Yagi antenna and step attennuator, which he hoped would guide him right to the fox. Brian is dressed in true fox hunting attire.

If you're not sure what a fox hunt is, it's a friendly competition to see who can find a hidden transmitter using Radio Direction Finding (RDF). In our case the "fox" will be somewhere within the borders of the City of London, and will transmit for 60 seconds, followed by 120 seconds of silence. Don't worry if you've never done this before, or aren't ready to try it on your own - we'll have at least 2 teams that you can join and learn as you go.

What do you need for a fox hunt?

We'll supply some paper maps that you can use.